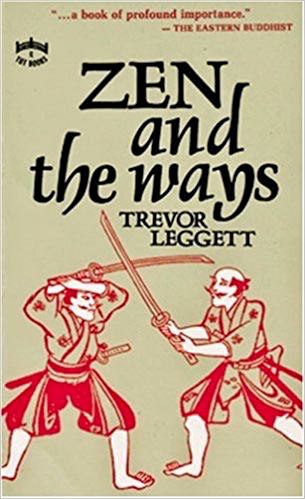 Anyone can now access hundreds of aikido videos on YouTube, including previously rare footage of Ueshiba Osensei, the founder and his first generation of students. There are also hundreds of books, whereas there were only a couple when I started aikido in the 60s.

To add to the confusion there is also a fair amount of criticism to the effect that “modern aikido” has lost its original “martial effectiveness”. One might ask why practise something if it isn’t what it claims to be, i.e., a practical form of self-defence, useful in the street? This seems a reasonable question, if one accepts the negative premise—which I do not necessarily—but one might equally ask how important “self-defence” or “martial integrity” is, since most of us have no need for the physical techniques outside the dojo?

Rather than comment on these questions myself at this stage, I recommend the following:

Videos: Alex Bennett is a Kiwi living in Japan who has been practising kendo (the art of the sword) for decades there. He explains the difference between budo (the martial ways) and sport, and goes into the psychological aspects of training. He is not talking about aikido, but goes a long way to answering the question about the purpose of training.

You could also look for videos of my teachers: Gozo Shioda, Koichi Tohei, Kisshomaru Ueshiba and Kenji Shimizu as there are quite a few on YouTube, although most don’t have English commentaries, an excellent exception being an early film of Koichi Tohei when he was still Chief Instructor at the Aikikai

Books: “Zen and the the way”, by Trevor Leggett.Leggett was one of the first Europeans to reach a high judo rank in Japan (6-Dan) but he also practised Zen and Yoga.

I met Leggett in the elevator at the Kodokan Judo HQ in Tokyo many years ago, and he asked me questions like, “How long have you been here?” and “How much training are you doing?” which embarrassed me a bit as I had been busy working and not doing as much training as I would have liked. As soon as I uttered this excuse I remember him saying: “You better get on with it! You will never be the best in the world, so forget that kind of ambition. Just train! Don’t miss the opportunity!”

I guess I failed to heed that advice, although I remembered it when I switched from judo to aikido and started training full time.

In “Zen and the Ways” Leggett describes the “inner” aspects of training and includes translations from Zen masters as well as personal anecdotes. The book may be out of print, so if you are unable to find it I have a copy I can lend out.

“The Zen Way to the Martial Arts” by Taisen Deshimaru. The author is a Zen master who describes the many areas of training where budo (the martial ways) overlap with Zen discipline. Bear in mind he is presenting a very Japanese perspective.

Whether training, reading books or watching videos it is easy to underestimate the extent of the “culture-gap”, but that is a subject on its own I will comment on separately.

Of course, each of us must make up our own mind as to the main focus of our training, but I hope the above sources are helpful.